Before you get started, we recommend familiarizing yourself with the following general concepts. Don't worry if you don't have a handle on all the details right away — we'll look at all these concepts in more detail later.

Here's a diagram that shows a typical roadmap for an annotation project: 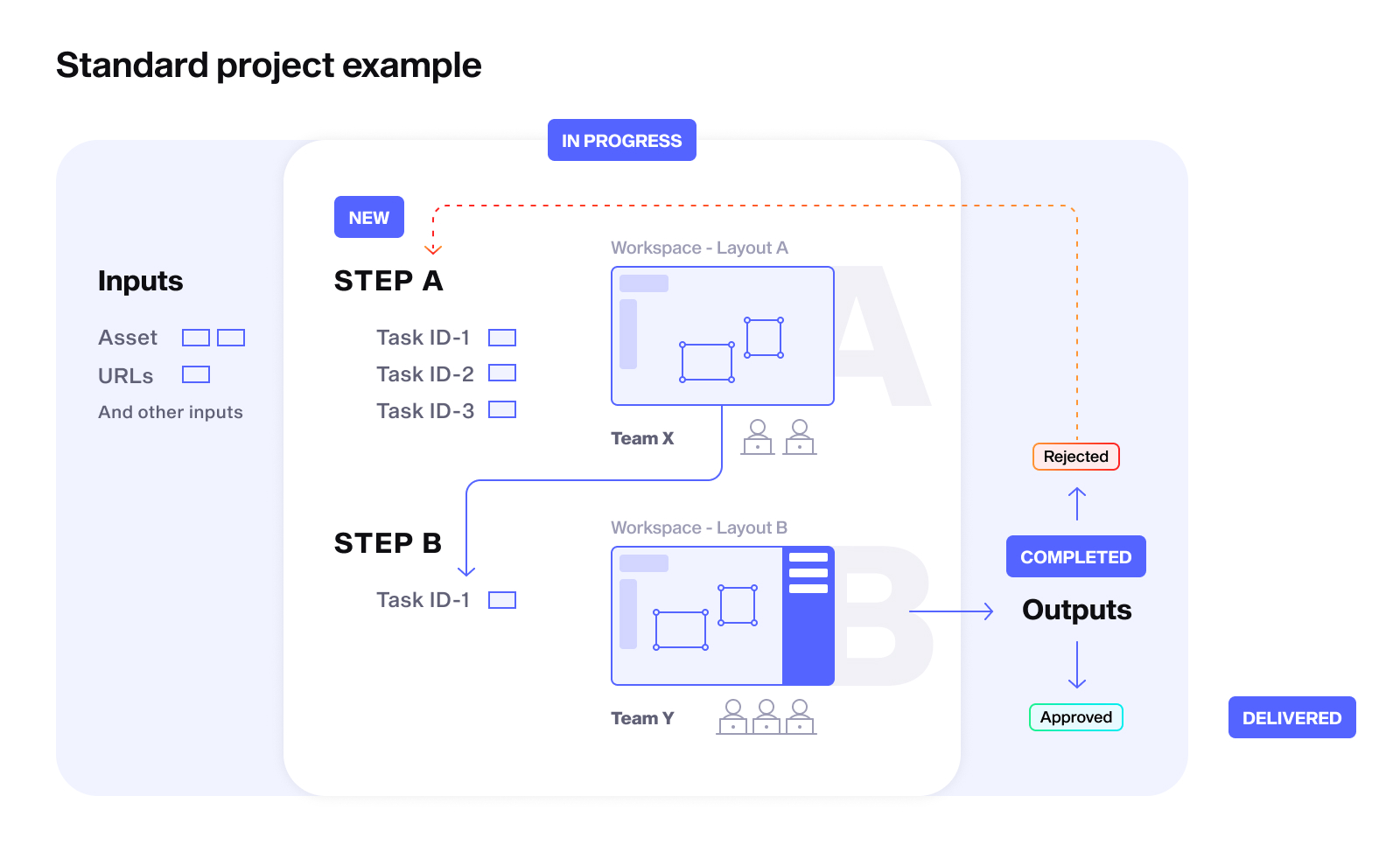